I can still remember the time when I bought my first fishing pole. The image of the first landing net, tackle box, and my first catch are still fresh in my mind. From there my collection grew until I’ve filled not just one but three tackle boxes. The feeling of having everything you need for fishing was consoling.

But then I realized that in spite of having filled three of my tackle boxes, I have been using only a small number of trout lures. The reason is simple. Using only the best trout lures makes a huge difference in fishing. Aside from making fishing a more awesome experience, it also leads to a perfect catch.

In this article, we will talk about the 5 best trout lures that will help you increase your catch. Here they are...

**Below, you'll find more detailed reviews, but you can also click links above to see current prices and read customer's reviews on Amazon. 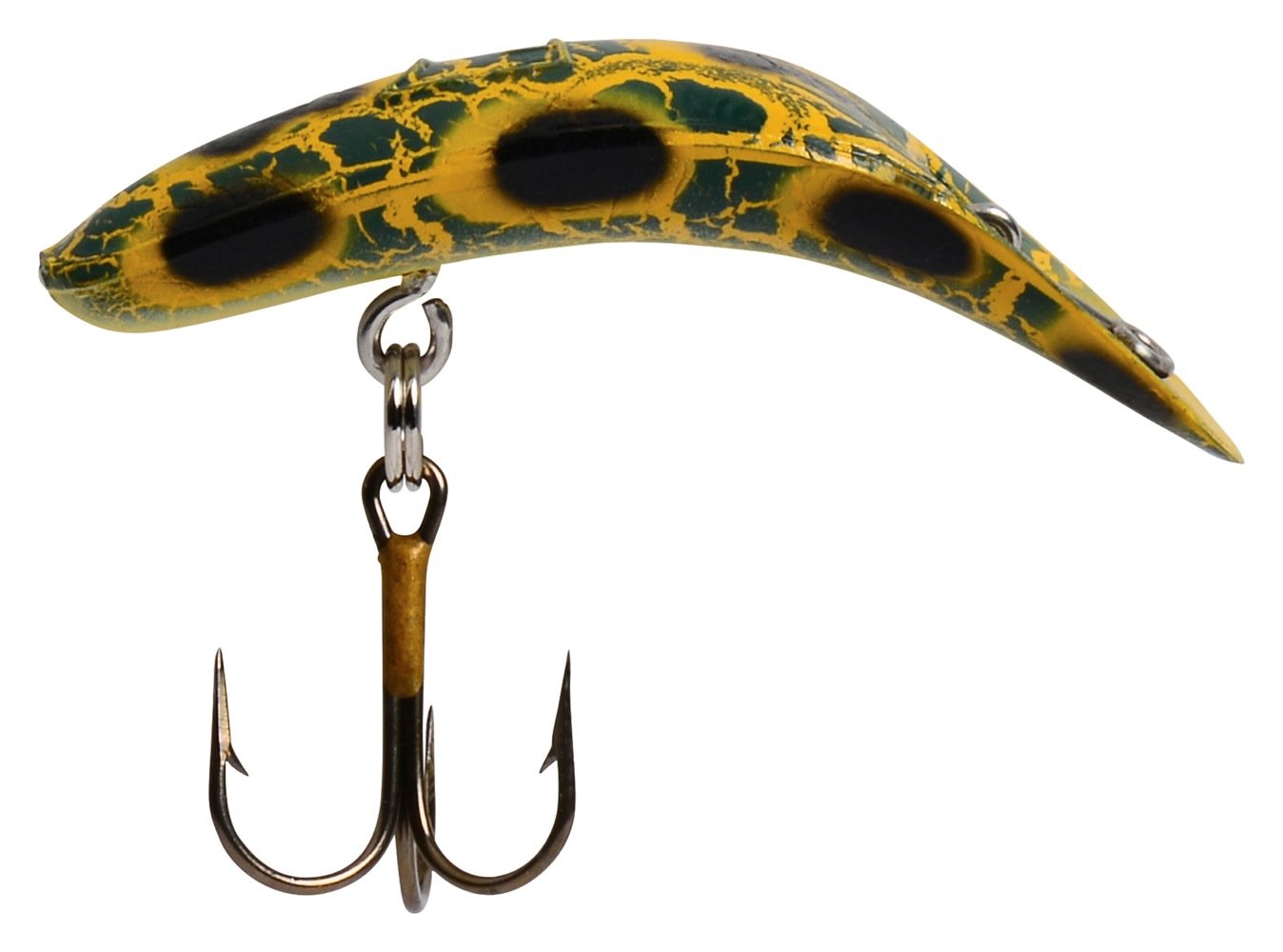 This is one of the most practical and productive lures ever. The Flatfish works well fishing for Salmon in the Pacific Northwest, northern pike, and muskies, chasing walleyes or catching bass. The wobble of the Flatfish is a very tempting bait for fish on slow retrieves.

These trout lures though can be a bit tricky to fish with. They may be too light to cast without some extra weight and have the tendency to roll instead of wobble when provided with extra weight. You can use a snapshot strung above the lure for it to work better.

​These items come in several sizes and colors, and you can choose one that will suit your taste. Check out this page for more information about the different sizes and colors of Worden’s Flatfish Worden's Lures Flatfish 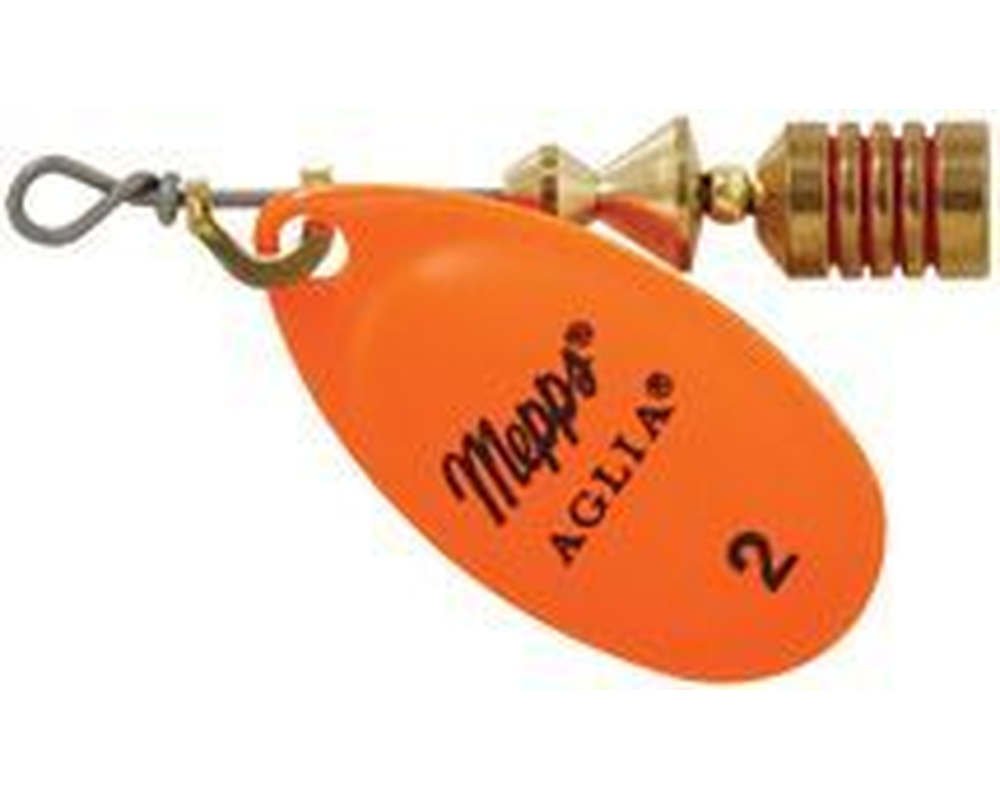 Mepp's B1S lures are considered as the top producing trout spinners on the planet. The blades will rotate even at the face of slow retrieval rates. Their solid design will allow you to do far-reaching casts with the shore-bound angler.

While trolling, you will discover that they have the tendency to ride above the water column and must be weighted to be fished efficiently. Unlike the Flatfish, spinners are not so effective on surface lures because the blades will not spin.

But these lures were not designed to mimic other lures, and they attract fish in a completely different way. The spinners use vibration and flash to lure in fish. The revolving blade generates the vibration and flash. It’s the only fish lure that has this feature.

The Mepps Aglia comes in various sizes and colors. The original model come two colors – one of a bare gold spoon, the other of a bare silver spoon. As for size, the 1/8 oz is commonly recommended as the best size and weight for most circumstances. For faster and bigger water, ¼ may be a better choice.

You may also prefer other sizes and colors depending on your taste and circumstances. 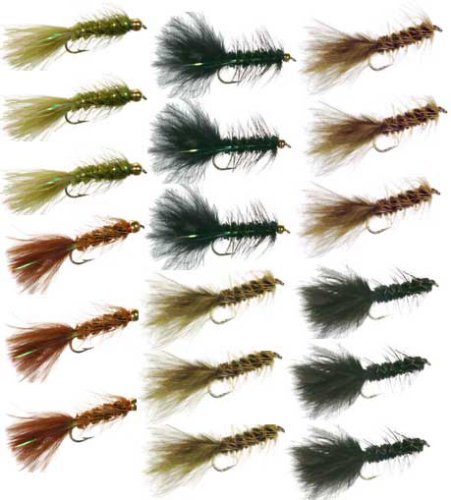 The trout lure is a manufactured artificial fly generally classified as a streamer or wet fly and fished beneath the water‘s surface. It’s a very popular and commonly used device for both saltwater and freshwater game fish, listed as among the top devices to have inside the fly box.

A distinguished trout lures talked about the Bugger in the first chapter of his book Good Flies﻿﻿﻿. The Woolly Bugger is generally fished in tidal flats, lakes, ponds, rivers and streams. Woolly Buggers of today are tied within an array of colors and styles to adapt to a broad range of gamefish prey.

Depending on the material used to manufacture it and the manner in which it is fished, the Woolly Bugger may have the tendency to resemble crabs, shrimp, crayfish, clamworms, drowning terrestrial insects, leech, baitfish, and large nymphs.

Woolly Bugger flies are tied to extra long hooks that are 2 to 14 long. Versions include Woolly Buggers trapped with tungsten beads or brass, lead or tungsten dumbbell eyes, and brass or tungsten cones. You will find Wooly Bugger in virtually all colors from black, olive, brown, chartreuse, , etc.

The Rapala Original Floater is among Rapala’s most famous "go-to" lures. Whether you’re twitching it above the surface as bait, or recovering it as a shallow hurdler, the Original Floater provides the minnow action that others try to imitate but fail to duplicate.

​Made from balsa wood, the floater can float out of snags and obstructions, and its VMC ho﻿﻿ok﻿﻿﻿﻿s give lighting fast penetration. Designed in various colors, the Rapala Original Floater remains a favourite among gamefish on each continent throughout the world.

​The lures are fished in more ways than I can remember. They are fairly light, and can be set easily enough on light trouts. These lures have proven to be very efficient at the end of any trolling setup.

​The Original Floater comes in various sizes and colors. Models include my personal favourite - the F7, with the F standing for “Floating” and 7 for the size. Colors range from rainbow, gold, black, and much more.

Many fish enthusiasts consider the Panther Martin spinner as the best all around lure. It has a “through the blade” spinner with a very reliable design. The rare design of the Concave/Convex blade together with the shaft that goes through the blade makes it the first among inline spinners.

It is the original in line spinner. The unique design of the Convex/Concave blade with the shaft going directly through the blade was first introduced in America by Panther Martin. It is known for its uncanny ability to catch trout.

It has also proven to be very efficient in catching panfish, , muskie, pickerel, pike, bass, steelhead, salmon and many other species of fish. Over 104,000,000 Martin lures have been sold in its history. It is truly the world’s favourite fishing lure.

The Pantehr Martin can be opted for in a variety of colors and sizes. Colors range from green spots, black body, red dots with a silver blade, yellow body, and much more. Sizes range from 1 to 15.

There is a reason why these trout lures are considered as the best in the world. Whether it is their size, color or special features, they have been proven effective in most circumstances. It would also be good to vary your options according to your specific needs.