You’re sitting at the edge of the lake when you suddenly spot a bass swimming along a grassy part of the water. You watch in awe as it makes a splash while surfacing and dives into the water. And then you wonder - for such a huge fish, what do bass eat?

The answer to this question could be as obvious as anything that doesn’t eat it first, but for an angler like you, it could spell the difference between taking a picture with a large bass cradled in your hands, and going home disappointed.

Knowing what bass eats will give you an idea of what to bait it with. Finding the right bait will make things much easier for you, especially when dealing with a big and elusive fish. 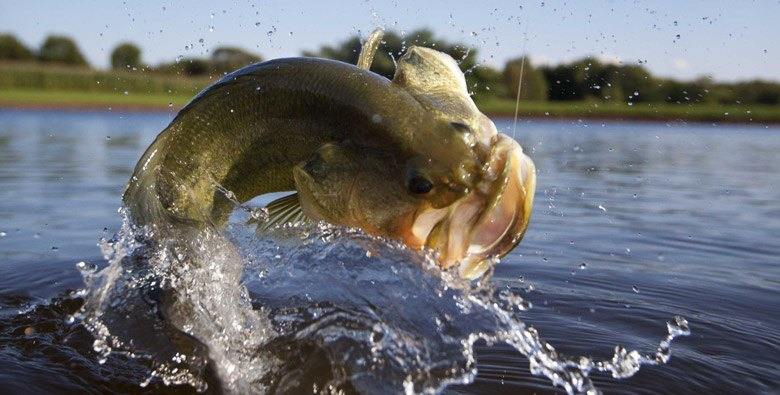 Quick Navigation
﻿I. Introduction
II. It’s All about the Bass
1. Biologists Study What Bass Eats
2. Pond Owners Feed Their Bass
3. Food for Bass is Abundant (What Bass Eats)
4. What Bass Don’t Eat
5. What Will Eat Bass?
III. Conclusion

II. It’s All about the Bass 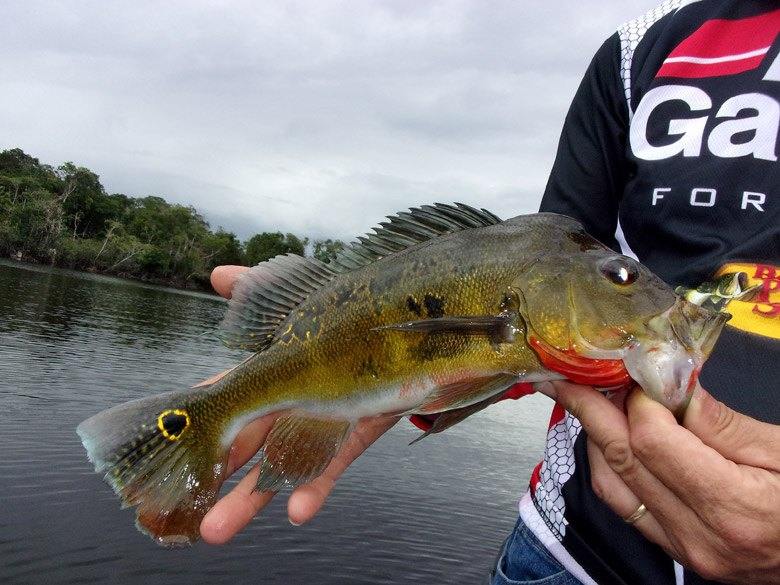 Biologists who study the bass sometimes dissect it to see the contents of its stomach. This gives them fist hand knowledge of not only the anatomy of the fish but also what it is eating. They also look at what the fish eats to determine its health. The health of one fish can represent the health of all the bass in the same natural habitat. 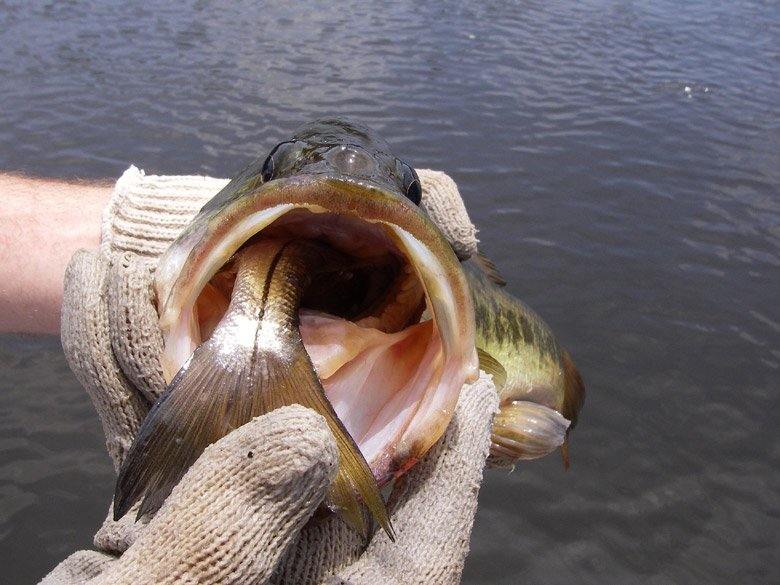 Pond owners grow their bass by filling their ponds with foraged fish like alewives, herring, and shad. This facilitates the growth and development of the fish. Most of the bass thrive in the wild, though and survive without human intervention.

Shad and threadfin are not always found in every pond or lake. As a matter of fact, they require plankton (those tiny plants floating on water) to survive. How will you know if your lake contains plankton? Check out the water’s color; light brown and green tints usually indicate a presence of plankton.

If like the pond owners, you want to reinforce your bass’ growth but don’t have threadfin shad, you can settle for minnows, crappie, bluegill and other types of fish.

3. Food for Bass is Abundant (What Bass Eats)

Almost every river, pond, and lake have some food that the bass can feed on. Bass can eat almost anything that swims towards them. Experts from the Wildlife Conservation Commission describe the bass as an opportunistic feeder.

To the bass, dinner is determined by anything that swims along with its path. Their food source will depend on whatever is available inside their niche.

Bass will devour almost anything as long as it fits their mouths. They can eat crayfish, frogs, baby birds, snakes, eels, shrimp, lizards, insects, and even another bass. Because of their small size and soft fins, threadfin shads are among the bass’ favorite food.

The bass’ size is also a determining factor on how big an insect or animal it will eat. The bigger bass can devour food that is 11 inches long. The ﻿﻿﻿Largemouth﻿﻿﻿ found in the lakes of California often feed on rainbow trouts that are 10 to inches long.

Gizzard shads that are 12-inches long were also found inside the stomach of largemouths. There are also cases wherein big largemouths were examined and found to contain grass shrimp crammed inside its stomach.

Generally speaking, bass eats insects as a primary food source but shift to larger prey (mostly other fish) as they grow bigger. It is because of the little bugs that the baby bass can grow into a big bass. The majority of healthy rivers, ponds and lakes are abundant with aquatic insects (insects that thrive in water).

Upon close examination, biologists discovered traces of plants and grass within their stomachs. But the experts argued that bass doesn't eat grass and plants on purpose since they don’t require nutrients from the former.

Contrary to the misconception that bass eat grass, the bass doesn't like plant matter. These items were just sucked in as they devour their prey. The experts also found fishing lures inside the bass’ stomach. In most cases, though, the fish don’t bother themselves with items that cannot be digested.

Other objects such as hooks will disintegrate inside the stomach because of the strong acid inside its stomach which enables it to digest food of different varieties. This also enables them to digest large preys in the shortest time possible.

Smaller bass struggles to survive. A lot of them only serve as food for other fish and larger bass. A juvenile bass has a 10% chance of living to become an adult in an abundant aquatic environment. Thus, nine out of ten of juvenile bass never reach adulthood.

Smallmouth bass and largemouth bass are prey to bigger predators as well. The bigger bass has a better chance of survival, although they still get eaten by other predators. Some these predators include otters, herons, alligators, turtles, and of course – humans.

Although many of the anglers release their catch after a quick photo shoot, they sometimes cook them for dinner. Such practices are tolerated as long as they abide with the size and harvest limit posed to enable anglers to eat bass and still maintain healthy fishing.

The prey isn’t always the hunted, though. Sometimes, the hunter becomes the hunted. Check out this video of bass preying on alligators and frogs:

Now you know – bass will eat anything that swims in its path as long as it fits the mouth, and you’ve just learned what those common food sources are. You don’t have to hook fish and other aquatic creatures though when fishing for bass. You can settle for trout lures if you can’t find any living bait.

Smallmouth, spotted and largemouth bass are creatures that never fail to get a closer look at anything that seems bizarre. Here’s a great fishing lure set kit for bass – Fishing Lure Set Kit

However, if you do want to bait the fish faster and better, then a live creature would be irresistible bait.